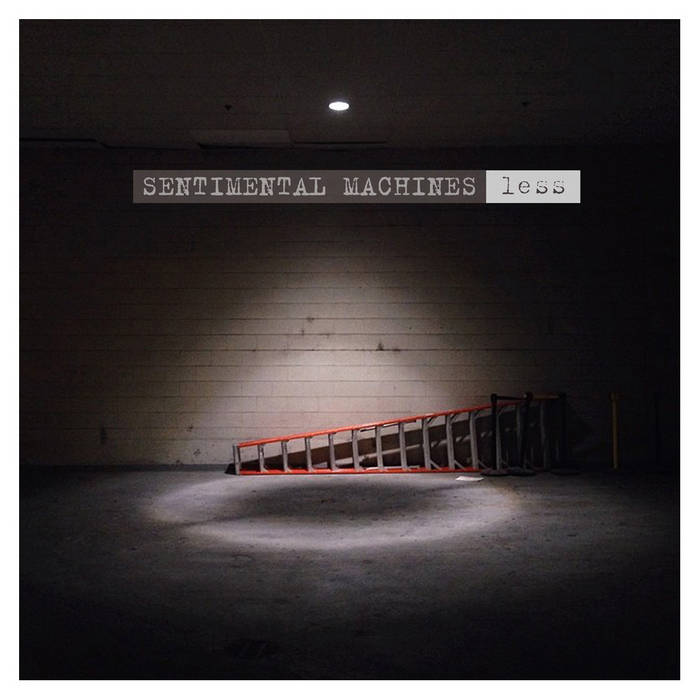 Dotflac In Less, the musical foreground of piano and organ shares the appearances of faded recollections and crackling textures full of nostalgia in the second layer of sounds.

These elements orbit around each other in perfect harmony and take us into forgotten spiritual lands, where insignificant memories resurface and take a whole new meaning, more personal and deep.

A nebulous and introspective release, where we could almost share and live the moments recorded by Sentimental Machines with them. Favorite track: Dogma - Homage to Arvo Pärt.

Composed between 2010 and 2014 it brings together some thoughts, marks and scars that time has left over the years.

Novellino and Rosi began to collaborate in 2010, performing at festivals and art events such Flussi and nterferenze-Farm (Avellino) and Diagonal Jazz/Diagonal Visual (Marca Museum - Catanzaro) as a duo and releasing the first Sentimental Machines studio album: "The silent bride", a work inspired by the novel "Il nemico" by Emanuele Tonon, focused post-modern contrasts with existential attitude. "Kafkaesque ambient music suspended in a crackling lie" according with italian press.

After getting a mention on “E-artquake 2010 – 30 Anni dal sisma in Irpinia” with their track “Trying To Evaporate”, in 2103, the jury of PIARS – Sonic Arts Award - composed by David Toop, Gunter Muller, Rhodri Davieshas awarded the first prize to Novellino/Panico/Rosi for experimental music composition "Black Sand".

“Black Sand” was also transimetted at the "Sweet Thunder Music Festival" in San Francisco on April 2014 curated byTom Erbe, one of the most sought after and respected sound engineers for contemporary music and "SoundHack" softwares programmer.

Attilio Novellino is an italian sound artist born in 1983.
By using analog and digital instruments, field recordings, harsh distortions and white noise, he aims to build a psychoacoustic and chaotic dimension around the subtle perception of the 'feel'. Over the last years, Novellino has released solo albums for labels such Valeot(Au)- "Through Glass"- Small Doses(Usa) - "Lost Days" - and he has promoted collaborative works focused on field recording, soundscape composition(Ephre imprint, Crònica. Oak Editions) and on free imrpov/noise(Radicalisme Mècanique w/ TGS - Discreetrocords 2014).

Novellino has performed solos set in places like Rhiz in Wien, Madame Claude in Berlin and The Burlington in Chicago, with Saverio Rosi as a duo and with Aips Collective at Cafè Oto(London), O'(Milano).

Saverio Rosi investigates the electroacoustic sound and its
“psycho/enviromental” implications aiming to experiment with “new silences” since 2008.

His personal research moves from the suggestions that feed the contemporary music scene so-called “other”(glitch, drone, ambient, avant, etc ...) trying to make a synthesis that is substantially reduction-subtraction of the sound material.

A palindrome sound that proceeds by repetition and reversal emerges from this process. Inside the plots of his textures, into this dogged pursuit of the perfect suspension, the listener can see the sign of an ancestral feel.

Shipping takes about 3-4 weeks or about depends on destination.

DRONARIVM is a small independent label from Moscow focused on contemporary ambient and modern classical music.